Hello and welcome to the official website of Pontius Paiva. This site contains everything you need to know (and a few things you don't) about this handsome and well endowed musician, artist, game developer, and author of curious short stories. 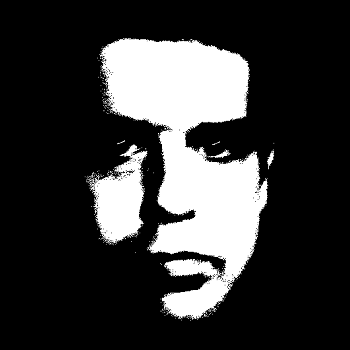 Pontius was born, raised, and currently resides on The Big Island of Hawaii. He graduated from Honoka'a High School, marking the end of his formal education.

Uninterested in traditional classroom education, he chose to pursue venues where he was allowed to express his creativity freely. Over the years, he has supported himself as a guitarist and lead vocalist for several rock, punk, and metal bands, as well as a tattoo artist, web designer, and artisan woodworker.

His writing has appeared in Daily Science Fiction, 121 Words, 101 words, and 50-Word Stories. His work has also been published in Arabic, as part of an anthology: [translated] The Man Who Loves to Hug.

Pontius is currently developing DoomsDaisy™, an interactive video game novel, as well as a series of DoomsDaisy inspired digital art.

All stories and artwork by Pontius Paiva (including all DoomsDaisy projects) are set in the same fictional universe. Each individual story holds up on its own, but takes on a richer meaning in the context of the shared universe. For more on this interesting project visit the sites below.

Read the full collection of his published short stories and microfiction.

Download and play the DoomsDaisy demo, a visual novel for PC and Mac.

Email Pontius Paiva at pontiuspaiva@gmail.com with questions, comments, or nude selfies. Messages are checked daily and replies are usually sent within 24 hours. (Sooner if you're single and good looking.) You can also stalk Pontius on Twitter @pontiuspaiva.